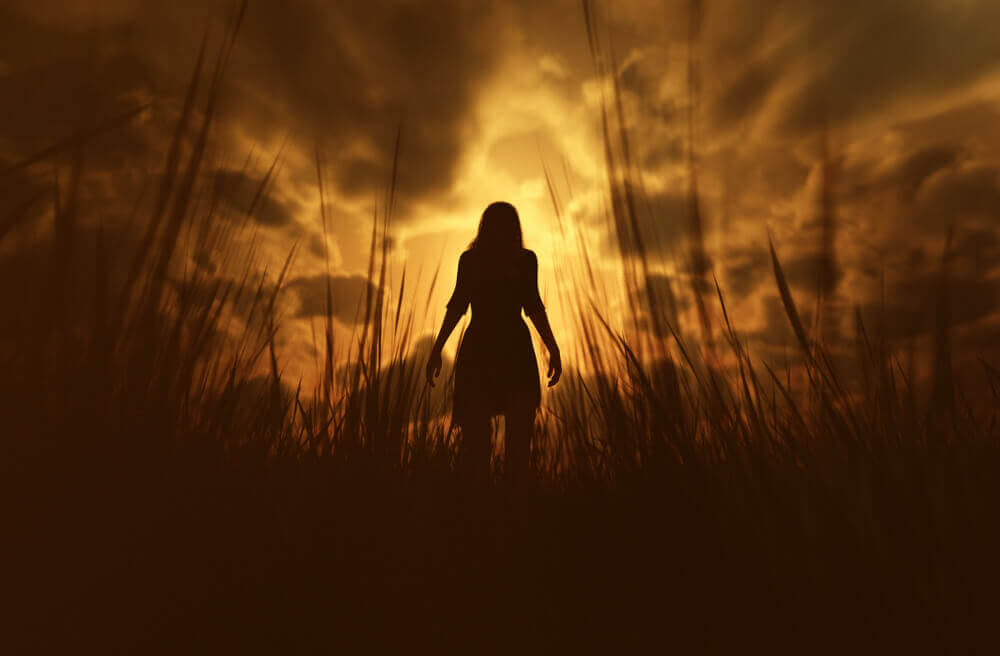 Fall is almost here! It's the time of year when we gratefully trade in the hot and humid summer weather for the cooler, crisp fall breezes and delightfully colder temps. What better way to celebrate than with a vacation in one of our Breckenridge cabins? Nothing says 'Hello Fall' like a vacation in a beautiful Colorado cabin.

As we transition, let's not forget we're excitedly welcoming Spooky Season, too! Celebrate with a Breckenridge vacation rental! And join us for a tour of haunted historical sites as you listen to the legends and stories of Sylvia as she helpfully but aimlessly wonders about the town or the stories of Ms. Whitney as she continues her mission to find her killer and much more.

When the Gold Rush hit Colorado, our quiet, peaceful Breckenridge quickly became a bustling and overly populated town. Many new community members were seeking a hefty payday, hoping to find gold before each day's end. Eventually, those prospectors and their families began to make  Breck their new home. As a result, private lodging, boarding houses, and saloons were built to accommodate the growing population. Many businesses lining Main St quickly became popular living quarters or community gathering spaces. Some of those buildings still exist today and are included among the 350 historic structures in Breckenridge! Below are some of our favorite locations from that historical list; we can't wait to share them with you! 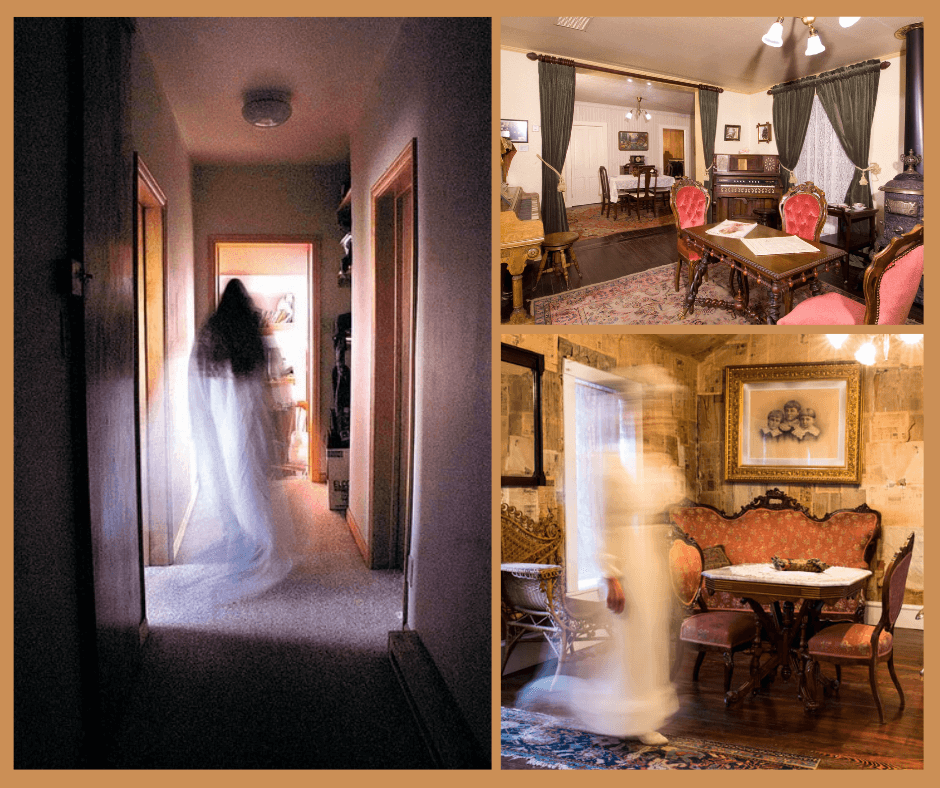 We should probably start with our most notorious spooky figure, Sylvia. Sylvia and her husband came to Breck in the late 1950s in hopes of striking it rich. But shortly after their arrival, Sylvia's husband was killed in an unfortunate mining accident, leaving her a young widow forced to care for herself during a time when most felt it was a task most women could not attend to themselves. The local boarding house, better known as Prospector Restaurant, often left a room or two available for local widows. The innkeepers did so not only to offer a place of lodging but in the hopes that they would find a suitable second husband among one of their guests, lowering her chances of having to fend for herself and becoming a woman of the night. While hunting for a second husband, Sylvia becomes ill and passes away -- alone and husbandless.

Rumors are she roams the second-floor halls in a long white dress and unkept long dark hair flowing around her. She's no ordinary ghost, though! She's helpful and pleasant. Guests have returned to their rooms after leaving a pile of unfolded laundry on their beds to do later, only to return to folded and stacked clean laundry piles. She even saved a sleeping family from a fire! The second floor later transitioned into an apartment with no working smoking alarm. The family awoke to a loud beeping noise from the inoperable fire alarm. The local fire crew verified that the alarm didn't have batteries and shouldn't have been operable.

Next, let's meet Ms. Whitney. She angrily roams the halls of The Brown -- once one of the more popular inns among visitors. Local gossip declared she was having an affair with a prominent town member, Capt. George Ryan. They were often seen behind cracked doors, whispering and plotting a takeover of the Inn. They had big plans of becoming one of the most prominent brothels in the wild west, but once the current Innkeeper learned of this, he angrily marched up to her room, shotgun in hand, and took aim as she slept. It's believed she angrily wanders in search of her killer, often overturning any objects in her way as she angrily thrashes about in frustration.

One of my favorite locations is the Biggle House Museum. Once considered the most extensive and best-appointed property in town. It was home to William Biggle, Mayor of Breck, and his wife, Kathleen, a prominent music teacher in the community. Though they reportedly passed naturally, they often wander through their old home. Kathleen found great solace in the house and often felt content with her husband, surrounded by her instruments. Though the Museum is temporarily closed, the paranormal activity continues. You can often hear a delightful key or two from her piano. A tour guide once reported that she and her group once saw a can fly off the shelf upon opening the cellar door. 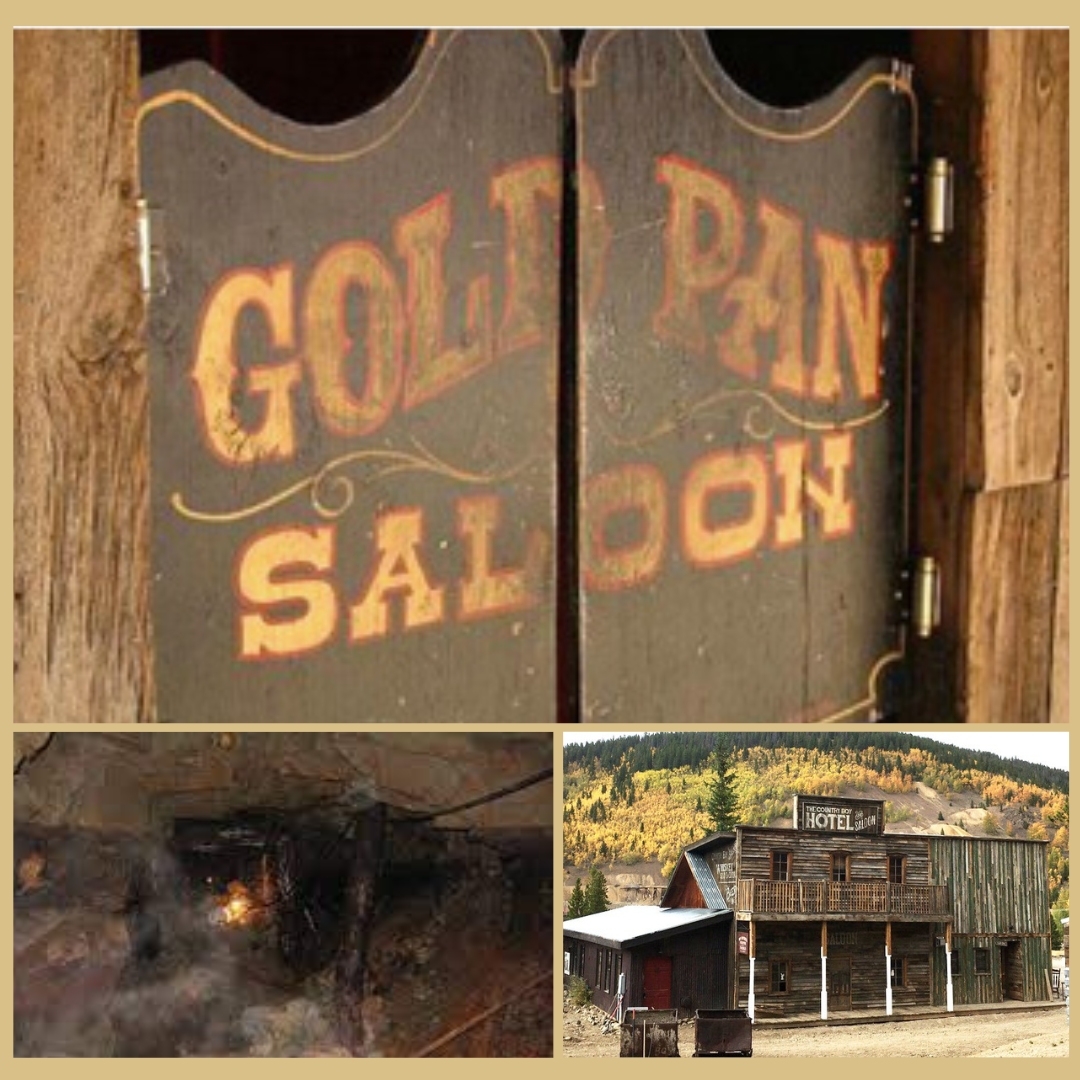 Let's visit one of our most infamous locations, The Gold Pan Saloon, Breckenridge's oldest saloon with the longest-standing liquor license on this side of the Mississippi. They even outlasted prohibition as they served moonshine from their backroom, only accessible by a dark, dingy underground tunnel. It was even the town's preferred gunfight location and is home to the last recorded gunfight. So, as you can imagine, this location has the potential for spookiness. You'll find most paranormal activity in the dingy tunnel entrance, the tunnel itself, and the backroom. These spots in the store are no longer accessible to guests and are accessible by employees only. The owners had planned to make some renovations and additions to their location after hours. During the building of the entertainment stage, they decided to work later than usual, and some people were not very pleased! Music quickly cut off and became static, power tools no longer worked, and the lights began to flicker. They were out in a flash, and the chaos soon ended upon their departure.

Last but certainly not least, we must mention the shenanigans over at Country Boy Mine. Many of the labor and safety laws we are accustomed to today did not exist during this era. It caused severe and unfortunate accidents that took many lives, and it's believed most of those incidents were preventable, hence the abundance of activity here. Don't expect spooky or scary figures to run you off, though. Nope, not at the Country Boy Mine. Instead, they wait to strike--a pose, that is! Many guests have often reported that upon reviewing their vacation pictures, they can often spot figures in the background. Many are silly, making funny faces, or embracing the guests as they pose with them for a memorable picture.

Whether or not you decide to celebrate the Fall and Spooky Season, we hope you'll celebrate with us and tour our beautiful town for an unforgettable experience! For those who prefer to take a guided tour, check out Ghostly Tales and Voices from the Grave.

Book your stay before it's too late! For the most up-to-date availability and best price, visit our website. Search for Breckenridge rentals by complex, location, or amenity preference. For over 21 years, we have provided guests with the best in Breckenridge rental choices. Our team of dedicated and knowledgeable vacation specialists is always happy to help. We have a selection of homes in various communities and complexes across Breck, offering a comfortable and relaxing oasis after a day of exploring. To see our complete inventory, visit us at gwlodging.com or call 888-453-1001.

By joining our email program, you'll be the first to know about special offers, community events, and local news. Sign up today!